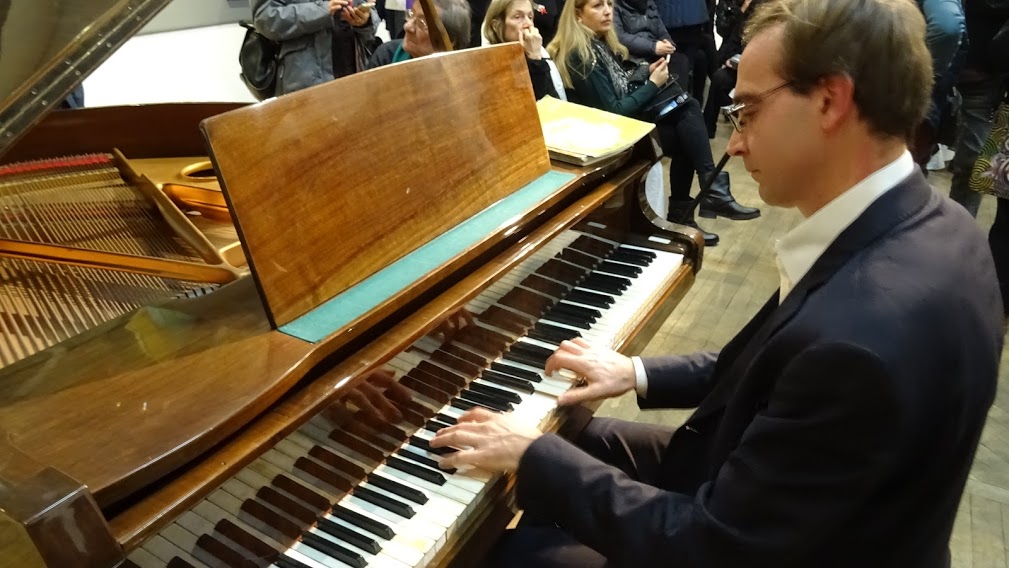 It is difficult to classify the new age music beacause can include very different musical forms such as classical music, ambient music, minimalist music, easy listening, chillout music, background music, but also the soundtracks of films. For this reason, it is also important to understand the goal of instrumental music: to create an atmosphere of accompaniment, relaxation and meditation or instead background music for a film or short film.

New age music with the piano

New age instrumental piano music wants to create emotional states in the listener with emotions and to bring them in an atmosphere of meditative relaxation. The modern harmonies combined with a clear melody and sounds can lead the listener to emotional states with a good combination of music and images.

The new age pianist Gabriele Tosi made two piano albums "Andromeda" and "Orizzonti", with beautiful background instrumental piano music that can be part of the "new age piano" which is perfectly suited to videos and images. The piano tracks are available at all major digital retailers.

by Gabriele Tosi
Buy on iTunes

The ancestor of new age piano music is the classical piano music with exceptional composers pianists such as Debussy and Satie: the impressionism of these French pianists is closely related to that of new age music.

This music genre started with the name of “new age” in the early 1980 from ambient music by Brian Eno, Robert Fripp, Harold Budd, Jon Hassell, and Kosmische Musik of Tangerine Dream, Ash Ra Tempel, Holger Czukay and Cluster with music, styles and themes of an ethnic character with a generically spiritual background with musical elements of avant-garde jazz The success of "new age music" with the public is due to the intuition of some record producers (among them William Ackerman) to offer this relaxing music. The instrumental music promoted by Ackerman was relaxing, melodic and meditative, with an ever meticulous recording accompanied by beautiful packaging.

The meaning of term new age

In the words "new age" there are various musicians who have a very different musical vision. Infact the words “new age piano” is often not correct beacuse there are important differences in the music composition: it’s possibile to have only instumental piano music or electronic music or music with the voice.

In Italy there are various contemporary pianists such as Giovanni Allevi and Ludovico Einaudi that are included in “new age pianists”. This pianists made public concerts of modern piano music, very melodic and often their music is used as a soundtrack for films or commercial videos.

Often the word "new age music" is used in derogatory terms to indicate an empty music, easy to listen (also “easy listening”) in opposition of the complexity of classical piano music. Sometime the musicians that we mentioned earlier are often hated by contemporary composers and they are accused of producing commercial music with a low cultural profile and with neo-melodic tendencies. Of course everyone has their own opinion.